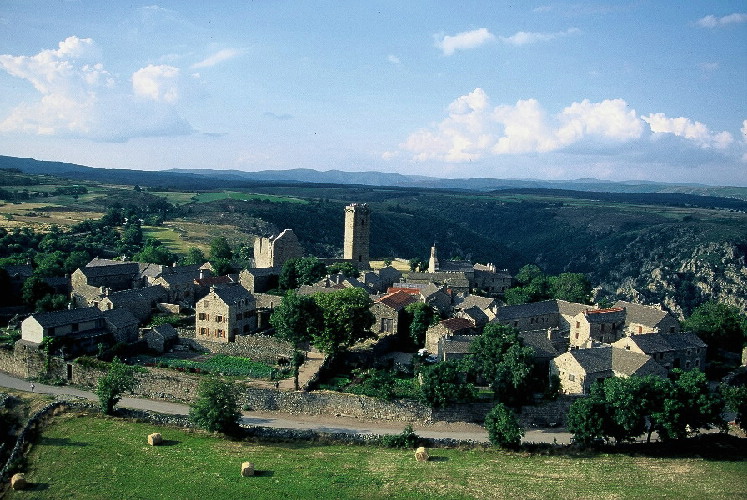 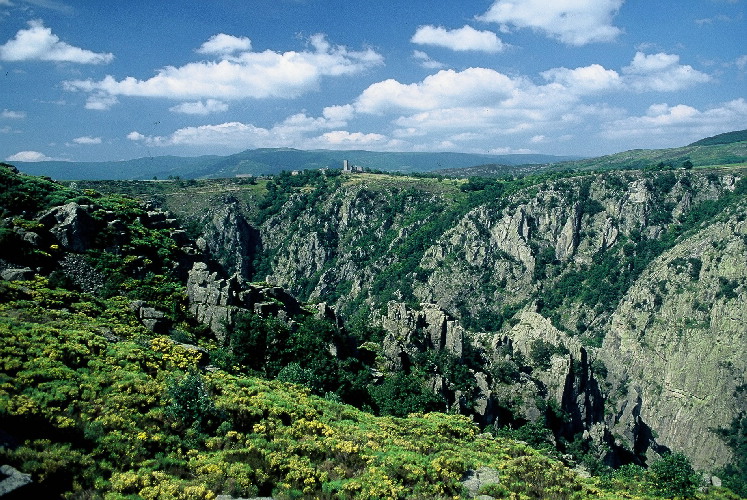 The great canyon of the Chassezac river 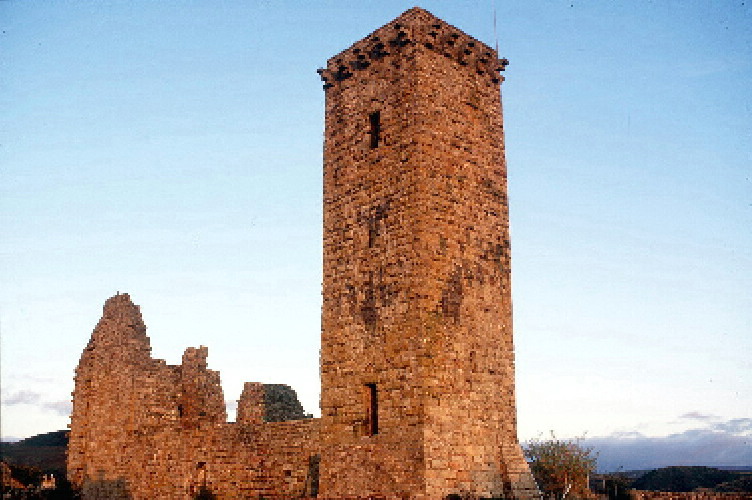 The castle of the village la Garde-Guerin 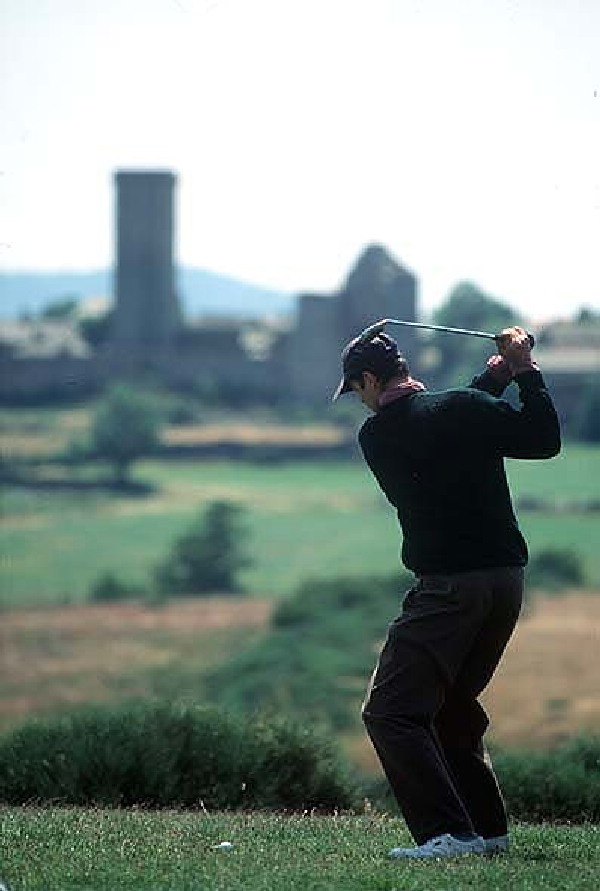 It fell asleep, or more precisely dormant… To traverse, it is him to give again the life because its vocation, it was the advance. That of the merchants avernes and Greeks. That of the knights, the pélerins, the hawkers.
Jugglers and troubadours. Salt, spice, wine trail simple like oil and cheeses. But also ” strategic ” road of tin towards the Mediterranean. Francque knighthood goes from there against the sarrazin. Of the monk in pélerinage towards Gilles Saint and perhaps the East. A star path in the Milky Way of the voyage which was the Means-Age.To say of Lozere which it is wedged, it is to want to be unaware of its history or at least to reduce it at the time of the railroads…Lozere, and more still its province of origin Gevaudan, not only was never wedged until the medium of XIXe century but, even, can be regarded as a particularly strong zone of great passages, junctions and roads where kings, hawkers, monks, knights and merchants, herds and charrios intersected intensely. The mobiles of such a circulation was varied, tangled up: monks, economic, military, pastoral; **time-out** before all it be a zone of contact essential and privilege between a civilization méditérranéenne (that it be Greek, Roman or Arab) and and a world Scandinavian, the mysterious country of tin and some dark forest, govern by the people celto-Germanic.Among the innumerable roads, feel or drailles which still crosses our province, is to us perhaps more particularly near, it is the Régordane way which connected Nimes to Le Puy en Velay and the country arverne; Méditerrannée in the barbarian world of Gaule, even with the regions strange of Brittany and Ireland.

The origin of this way is lost in the mists of time. Probably way of natural transhumance then pastorale at the time prehistoric, very quickly it grows rich by a circulation by goods at the time Roman between the country arverne and that of Volques centered around Nemausus (Nimes): wine counters weapons and jewels; oil and salt counter wheats and cheeses… with the progression of rolling, maintenance then the widening of the roadway system organizes… tolls and ” protections ” also because the country is not very sure and this circulation of richnesses crams, especially those which constitute the Eastern products (silk trade, spices) arrived by the wearing of Gilles Saint and going up towards the famous Champagne fairs. Places of meet, of exchange are constituted, starts cities and boroughs which we know today: Chamborigaud, Genolhac, Langogne, Villefort, stages, shelters, warehouses of a trade which enriches the bordering populations. Forteressesaussi appear, the such castle of Gates or the Guerin Guard which protect (or oppose) these economic but so cultural currents.Because quite naturally, the Régordane way becomes in more one road of pélérinage. If the inns flower, the places of worship also and its sets of relics whose our Average Age has the so delicious secrecy. Just to North, towards Puy, passes the path of Jacques Saint. That of Teutons, which drains all North East of Europe towards the Marial Sanctuary of Le Puy en Velay. Carrefour for Jacquets and others pélerins which by Régordane will offer a descent towards the large Monastery of Gilles Saint and his port to the many destinations.Path religious, tourist, cultural also where ribaudes and feast, trouvere and chanson de geste de geste enamel a pélérinage somewhat ” longuet “. The hotel of this time look after already the greeting and be unaware of not the animation… the account warlike of crusade (and one know that towards the South and the Spain, the crusade be largely former with Cross) offer a support of dream and some history with long night of mythical valley Cevennes.It is necessary to follow the Régordane way (GR700), to discover its ancestral pavings, which they are Roman or “François “. It is necessary to observe under the vegetation the ruts left in the rock by the carriages heavily charged with mysterious food products to the dubious destinies; these boroughs and these porches considerable which swallowed at the falling night horses and mules, bundles and hawkers to restore them the morning in the sunny freshness of the colors, the rumours, the
odors…

It is necessary, with the length of our tour, in the many traces which left our parents of this time, knowledge to read their concern, their hopes, their myths. Guilhem with the cort Nes, Fierbrace is always there, present and irons of its destrier still resound on the ancestral flagstone. He which borrowed Régordane starting from Le Puy en Velay to take again Nimes in Sarrazins. Félons which (in true God do not believe nor in Dame Marie). They thus deserve an exemplary punishment:

Ten thousand knights on Régordane? the path lived its hours of glory. Would too much prosperity, out of joy kill? Would a thousand-year-old history be inserted in the lapse of memory? Like always alive Merlin with the lady of the lake, the memory of Régordane laps gently under the water’s surface. As at the end of XIVe century when the Hundred Years War made us forsake our territory, time has made us lose the Régordane.

The valley of the Rhone and the honest fairs of Lyon will come again. Re-appearing in XVIIIe century from the royal will, it sparkles again because its life is elsewhere.

More nothing? Ruins, brousailles, pavings, a path. It is here, it is there…

But does it hold prisonières on the sides of the sirens? The music is still there. Perfumes and sonnailles have not finished telling its innumerable legends. And the disjoined paving stones sing deaf an old song. Enveloping and eternal are its shores. And its mirages which lead nowhere safe at the end of our dreams.

This website uses cookies to improve your experience while you navigate through the website. Out of these, the cookies that are categorized as necessary are stored on your browser as they are essential for the working of basic functionalities of the website. We also use third-party cookies that help us analyze and understand how you use this website. These cookies will be stored in your browser only with your consent. You also have the option to opt-out of these cookies. But opting out of some of these cookies may affect your browsing experience.
Necessary Toujours activé

Any cookies that may not be particularly necessary for the website to function and is used specifically to collect user personal data via analytics, ads, other embedded contents are termed as non-necessary cookies. It is mandatory to procure user consent prior to running these cookies on your website.